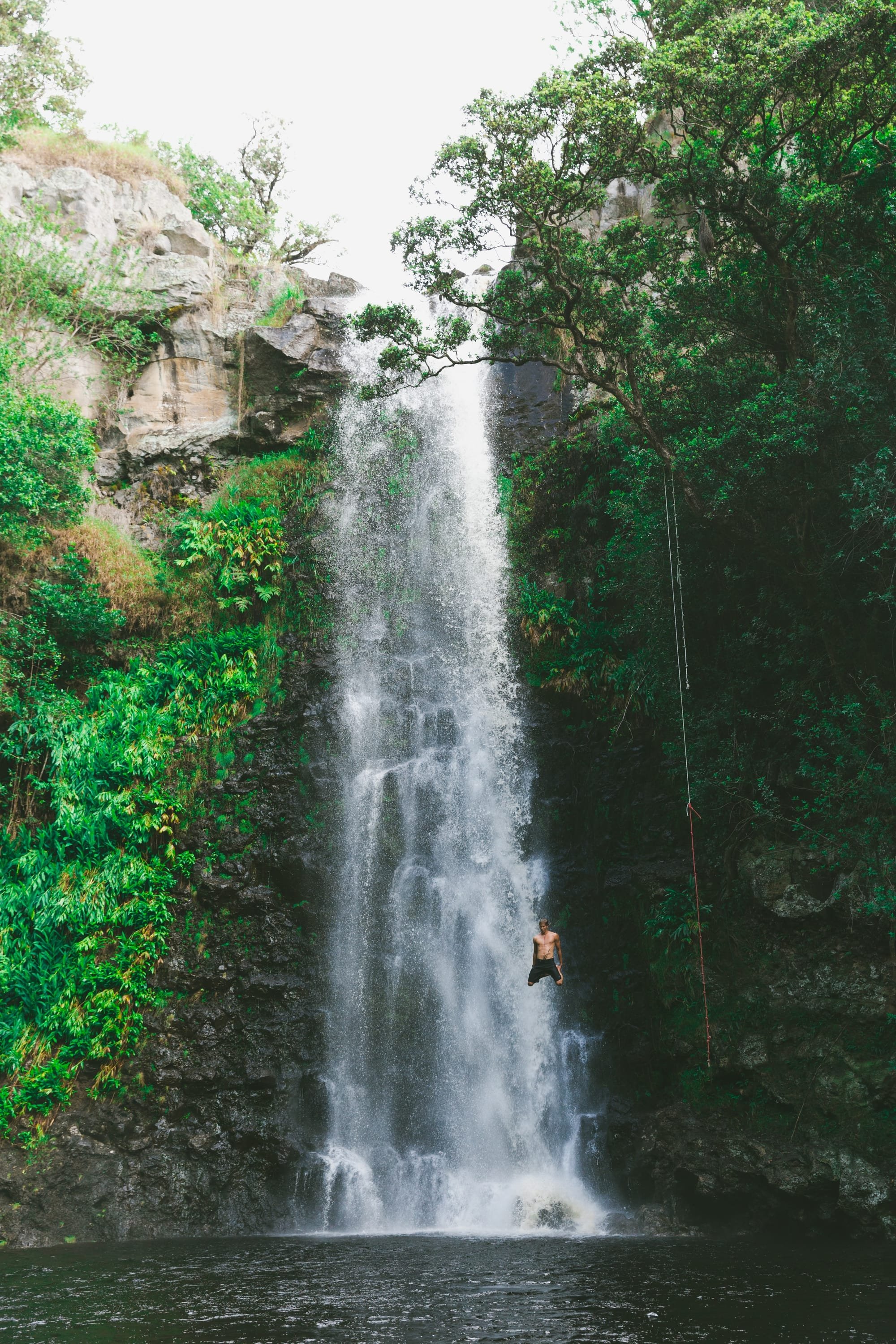 Day 1: Fes / fez
arrival at the airport and transfer to your hotel. Visit the modern area of the city. overnight and breakfast. 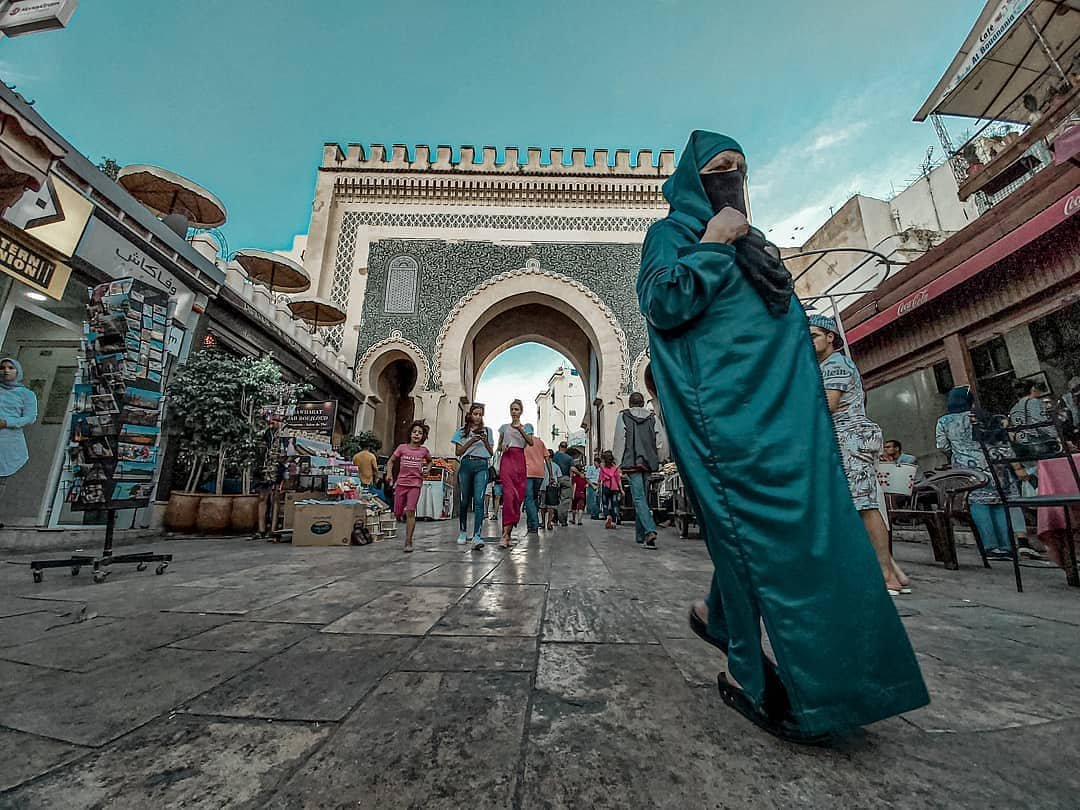 Full day tour in Fes, which was founded by Idriss I in the twelfth century and was for years the cultural capital and focus of the Almohad Dynasty .It is one of the imperial cities with a lot of interesting history and crafts, also one of the largest medinas in the Arab world. The Medrasas, the souk (spectacular by the amount and variety of spices), Karueein, founded in 859 AD, the oldest university in the world, mosques, squares, Andalucian neighbourhoods and potters, palaces and museums. Fes is the artisan capital of Morocco. Bed and breakfast.

Having breakfast and departure to the Middle Atlas Mountains. We'll stop in the charming town of Ifrane, also called Little Switzerland in Morocco, a vestige of the days of the French protectorate. We'll cross the great cedar forests inhabited by pastoral communities. Then we enter deep into hidden Morocco, you can see the typical adobe houses and the nomadic and semi-nomadic populations.We'll arrive in Midelt, this small town, during the first half of the 20th century, had important mining activity but when it ceased to be profitable was slowly abandoned. having Dinner and overnight in Midelt. 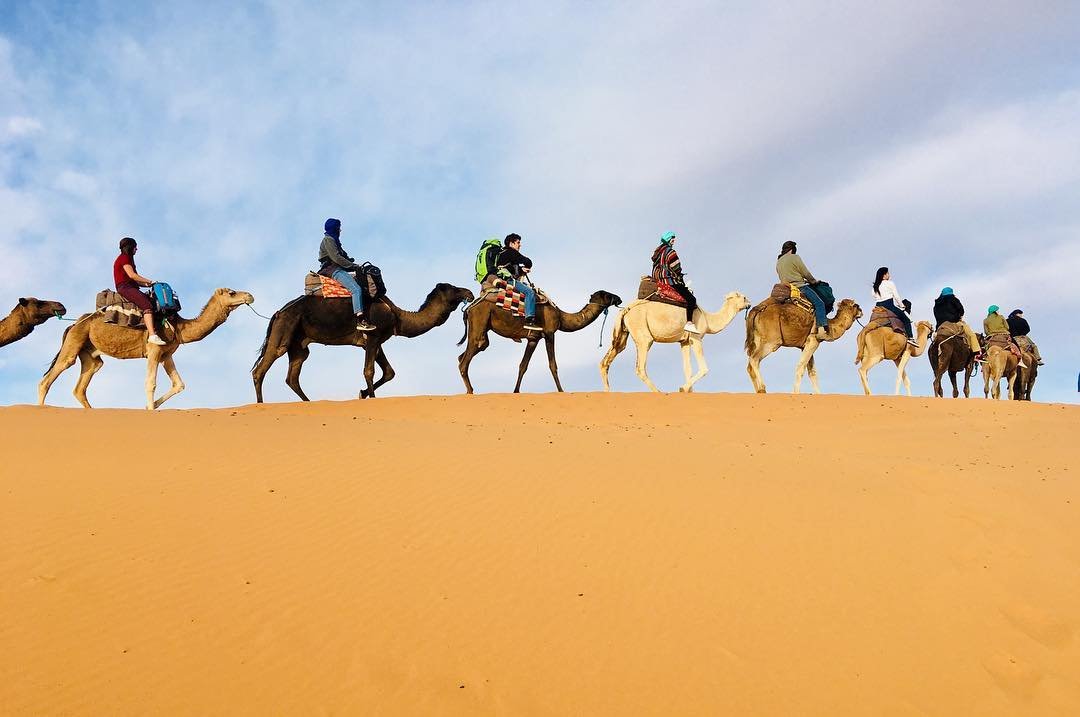 Heading south, past the mountains of the High Atlas, we'll arrive in Errachidia via ziz gorges, where we see the first big palms. Continuing, we come to Erfoud, the economic capital of the Tafilalt region. In this area, the fossils abound, testifying that in the past, this region was covered by the sea. From here the asphalt ends, by Saharan tracks we'll reach the dunes of Merzouga. having Dinner and overnight.

Our day will be spent traversing the entire oasis extending around the Erg Chebbi Dunes. We'll pay a visit to Khamlia, visit the deserted city of Mifiss, exploring small villages and inhabited houses in unexpected places, far from civilization. Also we'll visit the nomads that are there and drink tea with them. Late afternoon, an excursion riding camels into the sea of dunes, it is difficult imagine such an unforgettable evening. Typical Berber dinner and overnight.

Have breakfast and departure, passing through the town of Rissani, meeting centre of ancient caravans from the Sahara. Later we'll stop at Goulmima, where we will visit a Ksour (adobe walled village) dating from the fifteenth century and still inhabited by more than 2,500 people. Keeping on our journey, we'll travel through semi-desert landscapes until we reach the oasis of Tinghir, possibly one of the most lovely places in Morocco. Following the Todgha River, we'll see impressive gorges that reach over 300m. Dinner and spend night in Tinghir.

Have breakfast and after a brief visit to the village, we'll take the road of the thousand kasbahs to reach the Dades River, where over time, the river has eroded the rocks, forming a peculiar landscape. reaching to Ouarzazate one of the most important cities of southern Morocco, known for its intense cinematic activity, having to its credit films like Gladiator, Troy, The Mummy etc. Visit of the Kasbah Taourirt. having dinner and overnight in Ouarzazate at the hotel.

After breakfast, we'll take the route towards Ait Benhaddou kasbah, declared a UNESCO World Heritage site. Keeping on along a winding road, through the pass of highest mountain in Morocco Tizi n Tichka ( 2,260 m ) to reach the imperial city of Marrakech. Cultural city tour of the red city, named because of the colour of its walls. Marrakech is filled with gardens, watered by underground wells (khettaras), which were built by the Almoravids and Saharan nomads in the eleventh century. An unique experience, stroll through the square “jamaa El-Fna, where life and activity of the city is concentrated. Dancers, storytellers, jugglers, artisans, merchants and snake charmers can all be found here. Bed and breakfast in Marrakech.

After breakfast and departure from the red city ( Marrakech ) on the road towards the Ouzoud waterfalls, these are located 150 km north of Marrakech, in the midst of the Middle Atlas Mountains near the town of Beni Mellal. Ouzoud waterfalls, over 100 metres in three tiers, are some of the most wonderful cascades in North Africa, an ideal place where you can enjoy the tranquillity after the business of Marrakech. We'll continue in the Middle Atlas, deep and steep wooded areas bordering the reservoir Bin el Ouidane, always guarded by the military. Arrival in Fes, where we'll spend the night.

Have your breakfast and you'll have a free time until the appointed time for the airport transfer. Our services will be ended.

- Spend the night in Desert camp