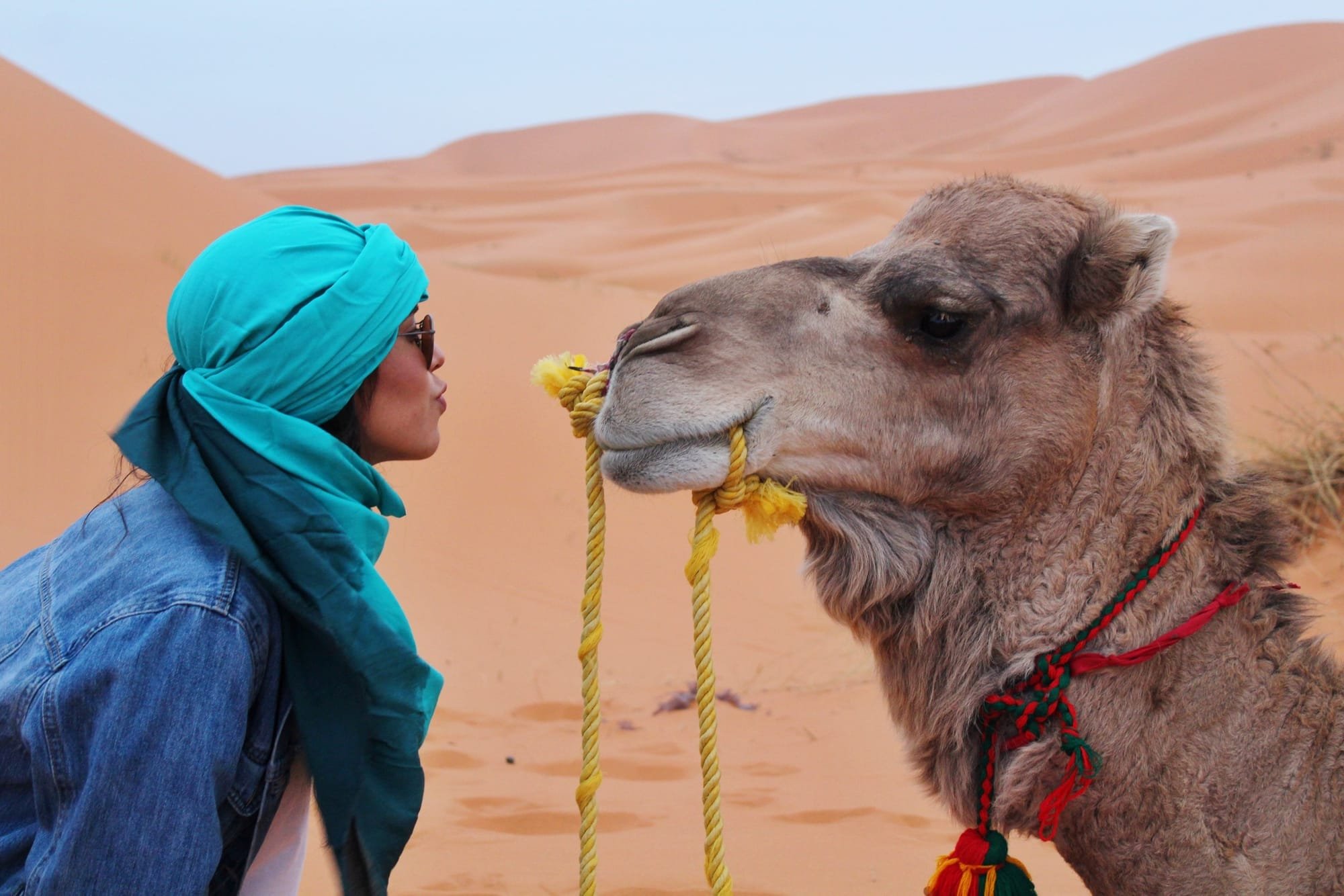 We'll kick-off with a drive through the Rif Mountains and past the city of Tetoune. To enjoy fully enjoy the breathtaking view of the landscape; we'll stop to rest at the feet of the Rif mountains, in Chefchaouen. Chefchaouen's medina has a strong influence of Spanish architecture, as it was once part of the "Spanish Morocco" it's square is showered in funky artisanal shops beaming with colors. It's also home to many rooftop restaurants and cafes, also available in your in the Riads, where you can enjoy the rest of the evening with a nice breeze and wonderful view.

After a tasty breakfast, our journey continues towards Volubilis, crossing over Ouazan and other Rif villages. In Volubilis, we'll explore the Roman ruins and learn about the Moroccan history ending our day in Fes.

Continuing to Meknes, we'll stop for lunch and explore the historical walls of the medina along with Bab el Mansour and a visit to the Moulay Ismail shrine. Later in the afternoon we'll head to Fes where we will spend the night.

We'll start the day exploring the oldest city in Morocco, snaking through its alleys and narrow streets. We'll begin sightseeing at the Royal Palace gate, followed by the Jewish headquarter where the first Mellah ever was built in Morocco, during the 16th century. We'll ensure that you visit all sites with cultural and historical interest including the famous Al Qaraouine University, the oldest in the region.

We'll also visit the Tanneries, the Attarine museum and the Moulay Idriss mausoleum. After lunch you'll visit many different cooperatives and then, experience a wonderful panoramic view over the whole Medina of Fes.

The day begins with a drive towards the Atlas Mountains stopping to visit the village Ifrane, where we'll get a chance to explore the famous cedar forest, home to the Berber apes. We'll then continue through the Tiz Ntalghamt Mountain Pass and the Ziz Gorge (here we can stop for pictures and some local mint tea) to Midelt. We then continue to Merzouga, arriving at our campsite where we'll spend the night.

After breakfast, we'll continue our tour towards Ouarzazatte through the path of a thousand Kasbahs (fortress) stopping at Kalaat Mgouna, the center of the Valley of Roses, famous for its annual Rose Festival. Then, we'll drive through Ait Ben Haddou ( a UNESCO World Heritage site) famous for being used as a film location for the HBO series Game of Thrones and movies such as Lawrence of Arabia and Gladiator.

After breakfast, we'll take the Tizi-n-Tichka Mountain pass through to Marrakech, bringing us closer to the Atlantic coast, where Essaouira, the Pearl of the Atlantic, is located. In the afternoon we check in at a local riad, and then head out to watch the sunset from the Murallas (walls that fortify the city), an experience you can't miss. In the evening, we'll be treated to a dinner of the freshest fish in the city, and later take an evening stroll through it's quiet and picturesque setting.

Today you'll get a chance to explore the ancient city 'Mogador', a name given by the Portuguese. Rated as one of the most beautiful coastal cities of the Atlantic, it's medina is a canvas of blue and white surrounded by lengthy beaches and the ancient citadel walls of the Portuguese colonial époque. We'll spend this night at a local Riad.

After lunch at the port, we'll get en-route to Marrakesh with minimal stops, spending the night at a local Riad / Hotel.

Today we'll have a guided tour of Marrakesh. You will explore the main attractions and monuments of the city including the famous Jamma el Fna square, Kotubia mosque, the souks, palaces, and museums. We'll also explore parts of the city such as Gueliz, The Menara Gardens and Marjolle. After lunch at a local restaurant, you'll get the chance to explore the city at your leisure.

Today you'll be transferred (punctually) to the airport. 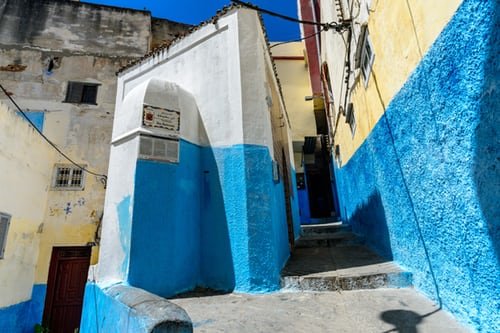