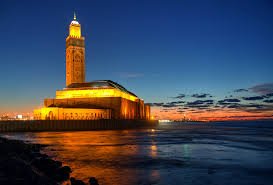 We will meet you in the airport of Casablanca and depart for the visit of the Hassan II Mosque. After we will continue to Rabat for a visit of the administrative and political capital. The night will be spent in a hotel (in Rabat, the capital of Morocco) . 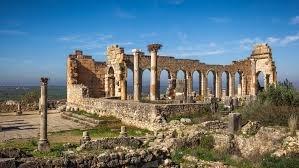 After breakfast, departure to Fes via Moulay Idriss, an important holy city, from there we will visit the Roman ruins of Volubilis with its fine mosaic and forums. We will stop for lunch in Meknes, known as 'The Versailles of Morocco'. Visit the monuments of Meknes. Arrival in Fes. As usual, dinner and overnight at the hotel.

After breakfast, the day will be devoted to explore Fes, the oldest of the imperial cities and medinas, founded by Idriss II, the radiation centre of the Arab-Islamic culture. The Mosque of the Andalusians, tanneries, district of potters and Medina. Having lunch will be at a palace in the Medina. In the afternoon we will continue to visit Hispano-Moorish buildings, Medersas and Nejjarine.

Wake up early in the morning and have breakfast. Departure to Midelt through the Middle Atlas where we will stop to have lunch. Keeping on to Erfoud along the Ziz valley by a successive series of fortified towns whose architecture announces that we are in the pre-Saharan oasis. Arrival in Merzouga dunes called Erg Chebbi, here we will stay in a Kasbah at night.

After breakfast, you will make a trip through the dunes, to oasis of Merzouga, the desert nomads, the village of Khamlia, MIFISS mines, the desert plateau to meet the Berber nomads and the oasis of TISSARDMINE. Back at the hostel around 15:00 pm for the start of your camel trekking to watch the sunset in the dunes (about an hour and a half camel trek ). Overnight in tents in the dunes where you can enjoy the calm of the desert and the starry sky. Dinner and overnight in a private tent.

After sunrise back to the hotel for breakfast and take shower, then go to Tinghir via Rissani, Erfoud, Tinjdad and arrival at Todra Gorge. Dinner and overnight at the hotel.

After breakfast, departure to Ouarzazate via Kelâat M’Gouna city where every year the festival of roses is held. Having lunch and going to Ouarzazate through the Dades valley, the valley of roses, stopping to visit Skoura Kasbah Ameridil, then continuation to Ouarzazate.Dinner and overnight at the hotel.

Visit of the city of Ouarzazate founded in 1928, which became a very famous cinematography centre. Stop in route to Marrakech to visit the UNESCO heritage Site Kasbah Aït Benhaddou. Arrival in Marrakech in the late afternoon.

After breakfast, the ninth day will be devoted to the visit of Marrakech “The Pearl of the South”, founded in the eleventh century. The morning will be for a visit to the Koutoubia mosque, Saadian Tombs, the Menara garden and the Bahia Palace. Return to the hotel for lunch. In the afternoon, we will visit the souks, the Medina and the square of Jemaa El-Fna. Evening Dinner in a Moroccan restaurant. Hotel or Riad for the night.

After breakfast, departure to Essaouira. Upon arrival, a seafood lunch. In the afternoon, city tour and discover the medina of Essaouira, an old Portuguese fort known for its handicrafts, silver jewellery and inlaid wood of Thuya. the night in the hotel.

After breakfast, we will depart to Casablanca via El Jadida. El Oualidia to have lunch (you can try the fish specialties). We will continue along the Atlantic coast until we arrive at Casablanca. dinner and overnight at the hotel.

After breakfast, transfer to the airport Mohamed V Casablanca. Our services will be ended here.