4 days tour from Marrakech to Merzouga sahara Desert and Fes 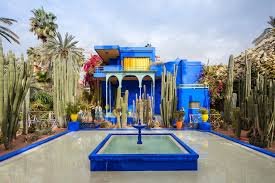 We will pick you up at your hotel or riad. We will leave Marrakech and drive towards the High Atlas Mountains and the road for Ouarzazate through the Tizi N-Tichka pass across the high mountain (2260m). You will enjoy beautiful landscapes with different colours and the Berber villages. We will visit Kasbah Telouet which was occupied by the Glaoui Pacha during his reign and is frequented by Moroccan travellers. The Kasbah is in the village of Telouet nestled outside the Ounila Valley. The Harem and reception hall areas give one a good idea of the former luxury in which El Glaoui lived, as well as a look at the Andalusian-style of decorating. However, the older parts of the Kasbah are in complete ruins, making it difficult to see properly. Walking through the crumbling passageways is like walking through a maze and some people have got lost exploring the dilapidated Kasbah. We continue to take a tour in the second Kasbah, Aït Benhaddou, UNESCO placed it under its auspices as a World Heritage Site and then the Moroccan Government itself jumped on the bandwagon in 1994 to rehabilitate the Kasbah in order to preserve the cultural and national heritage. The Kasbahs were a major stop for camel caravans carrying salt through the Sahara and returning with gold, silver and slaves. Overnight in Ouarzazate city. 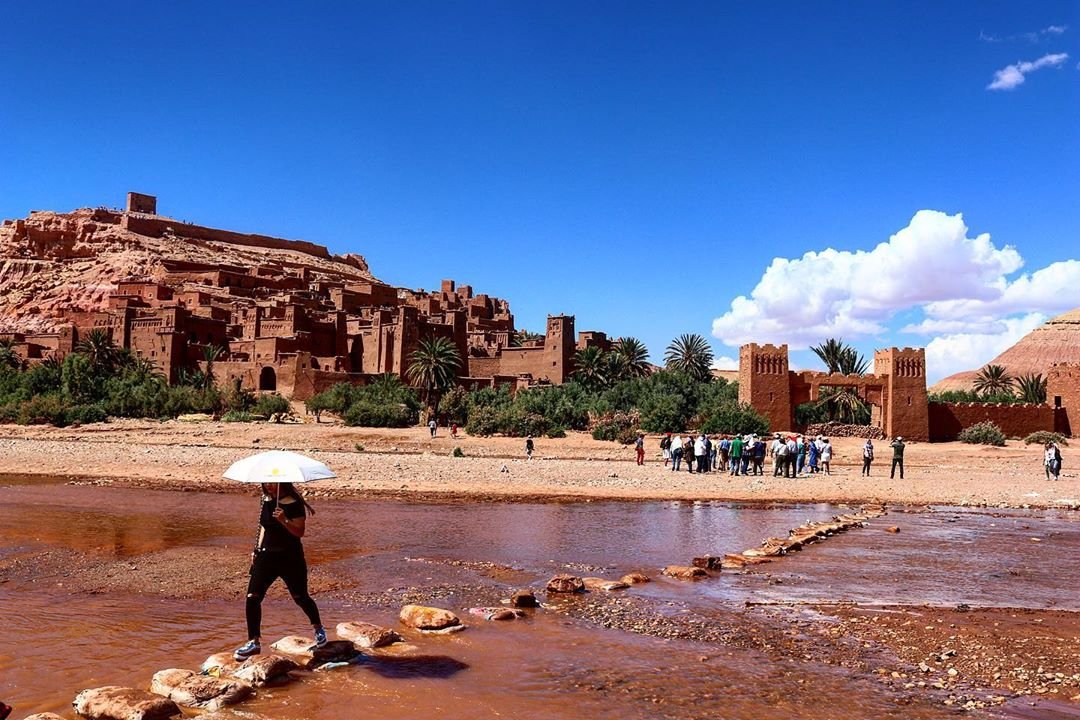 In the second day, After your breakfast we will start towards the city of Ouarzazate which known as the doorway to the Sahara Desert. Visit Kasbah Taourirt. Then we will depart travelling via the Road of Thousand Kasbahs to the Skoura Oasis lined by many palm groves and on to the Rose Valley known for its production of Damascus roses. At Boumalene Dades we can take the smaller route that will lead us to the Dades Gorges. We will pass the strange rock creation of Tamnalt Hills, a bizarre rock resembling monkey feet. We will continue the tour to the top of the Dades Gorges, a deep gorge of red and mauve rock towering above the road. Then we return back to Boumalene Dades and travel to another very spectacular location, Todra Gorge. 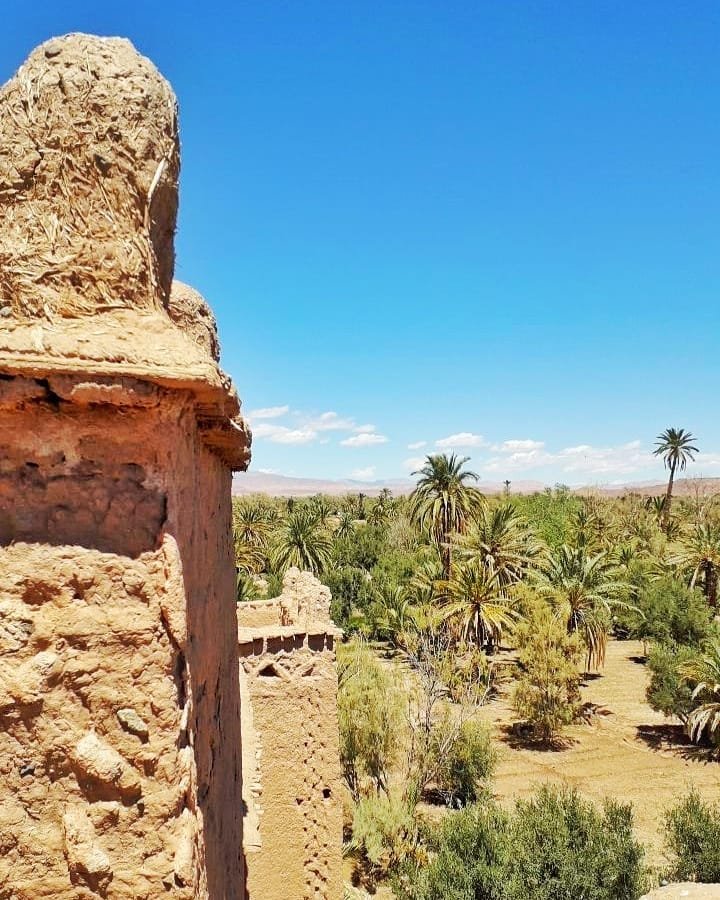 In the morning of the third day of your journey, we will start our way towards Tinjdad, then Touroug and after that, to Erfoud. We will visit the fossil centre and the ancient city of Rissani that thrived from the 8th to the 14th centuries thanks to the caravan routes of the kingdom of Sijilmassa the Alawite dynasty as they took power, as well as Moulay Errachid. It is a cultural area in Morocco boasting wonderful examples of early Moroccan architectural styles and noteworthy palaces and temples. Then later in the afternoon you will take your camels to cross the desert during a beautiful sunset for about 2 hours to reach your camp for the night by the sand dunes of Erg Chebbi. Overnight in the Nomadic tents under a night sky full of stars and the moon. 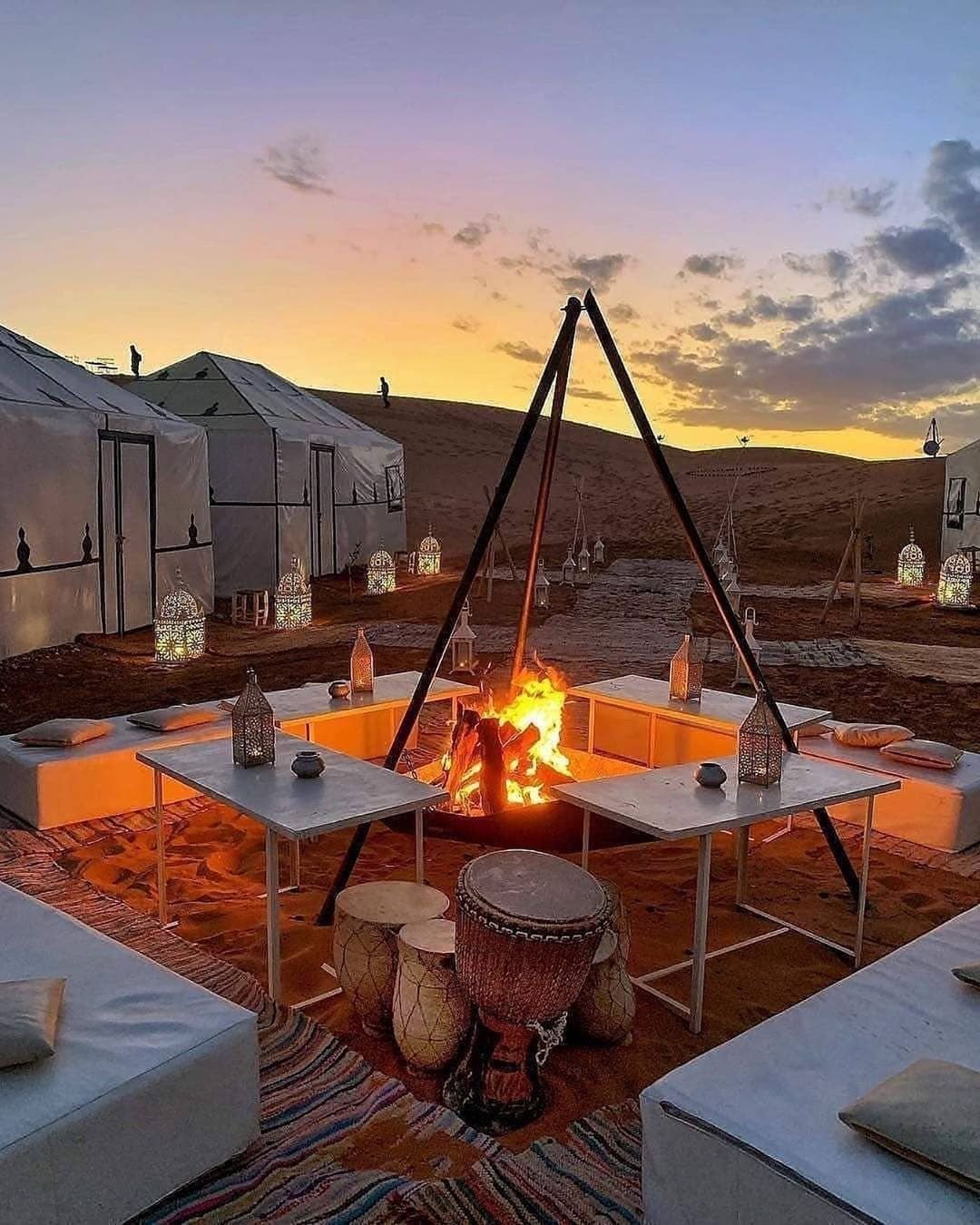 Day 4: Merzouga to Midelt and Ifrane then Fes

You will wake up early to enjoy the sunrise over the dunes of Erg Chebbi, possibly the best moment of Merzouga sahara desert, drive to Fes along the Ziz Valley Gorge and via Azrou and the cedar forests where colonies of the indigenous Barbary monkeys will keep you amused.  We will drop you off at your Riad or Hotel in Fes, here our services will be ended.