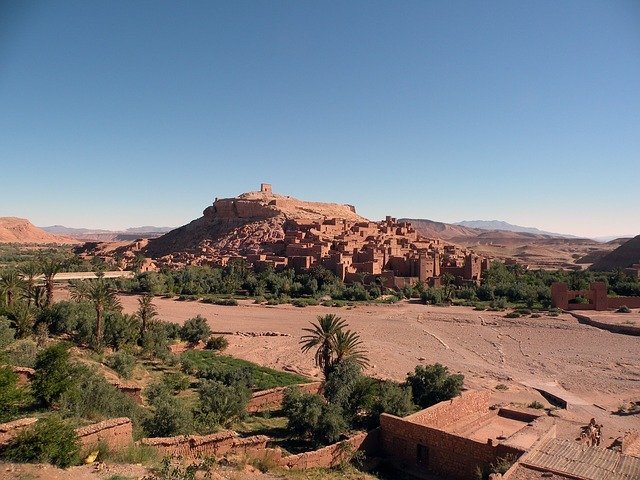 Departure from Marrakech to Ouarzazate via the Tizi n’Tichkahigh mountain pass (2260 m altitude). Visit the Kasbah Telouet, palace of the Glaoui, then off-road to reach Kasbah Aït Benhaddou, World Heritage Site listed by UNESCO and location for the making of many films: The Mummy, Lawrence of Arabia, Asterix to name but a few. go on to Ouarzazate (visit film studios).Dinner and overnight at the hotel.

In the second, day leaving Ouarzazate to Zagora through the Draa Valley visiting ancient kasbahs. After lunch in Zagora, we will take an outing to the village of Tamegroute where they make beautiful pottery with a distinctive green glaze. Zagora is known for its traditional and magnificent library founded in the 17th century, where manuscripts are preserved, Illuminated Koran written on gazelle skin and also books of history and medicine. The night will be spent at the hotel in the heart of Zagora.

Starting the third day from Zagora via the off road tracks or pistes. Having Lunch in M´harech Oasis in the desert near the small village of Tafraoute. We will continue to the oasis of Oubahallou passing to Ouzaina by the end of the day. The night will be spent in a hotel in the Hamada which is a black desert. 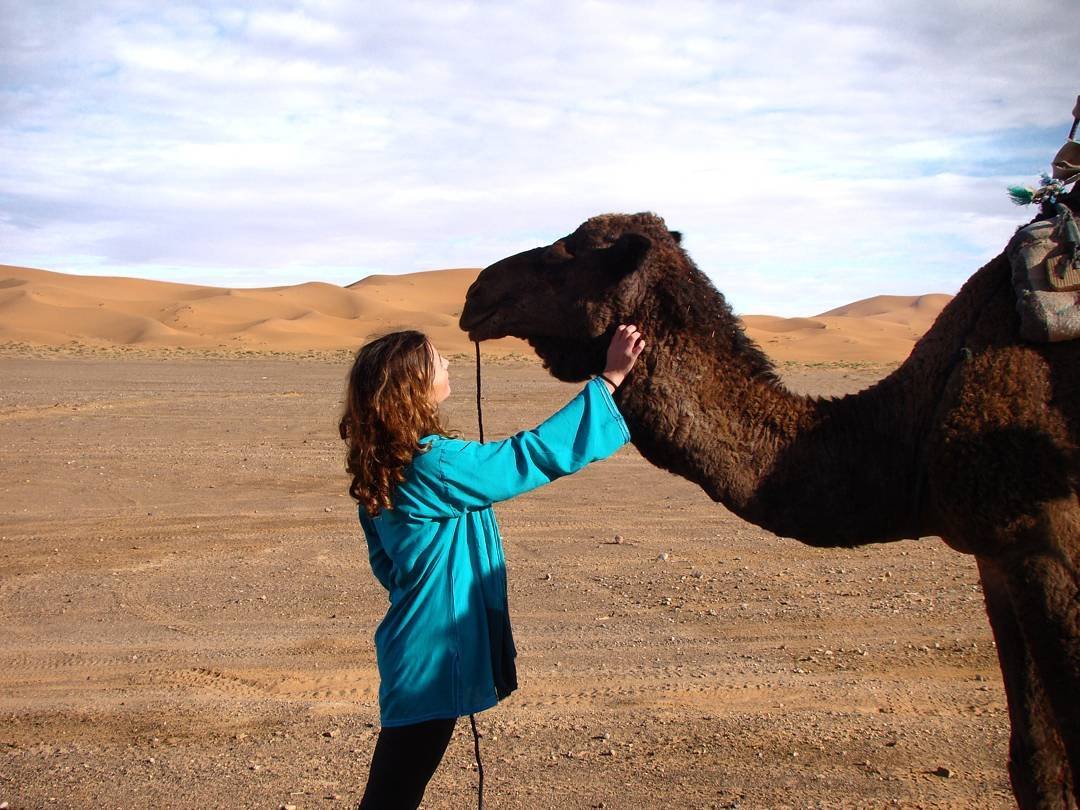 After we left the village of Ouzina our destination is Merzouga, via Taouz to visit some rockengravings, lunch will be in Merzouga , then we will continue to Erg Chabbi dunes where start your camel trekking to spend the night at the nomadic camp in the middle of dunes under sky, watching stars and the moon. 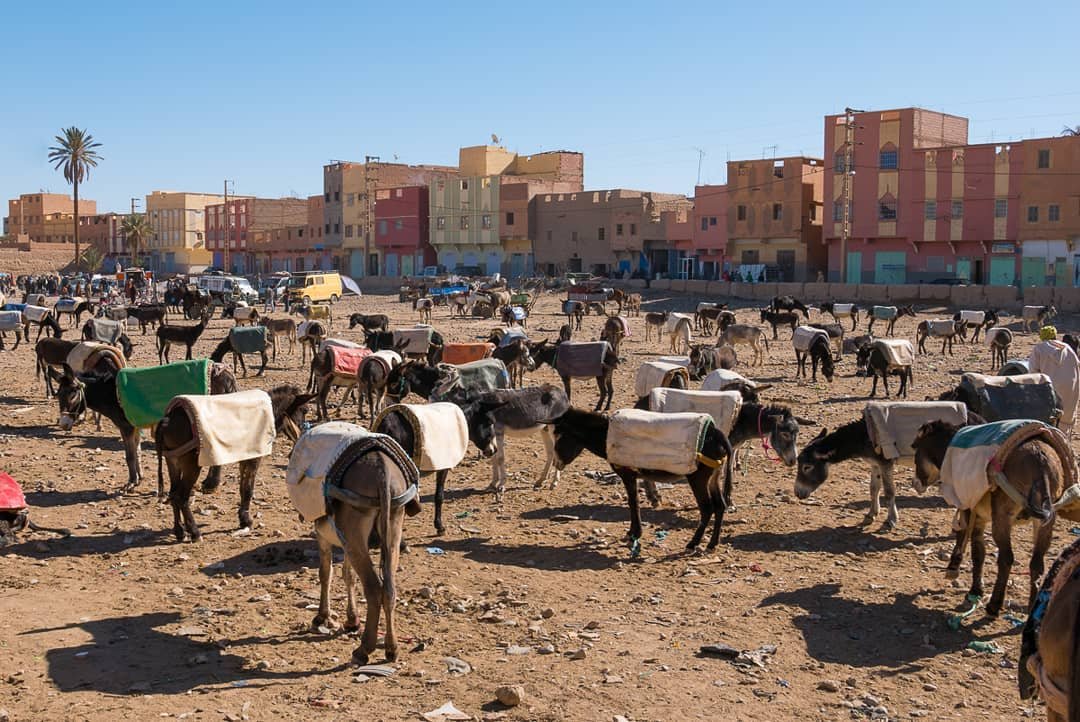 You will wake up early morning to enjoy the sunrise over the dunes and take pictures . after taking a shower and having your breakfast, we will start our way through the magnificent Ziz palm valley, Rissani, Erfoud and Jorf, the journey continues through several kasbahs and oasis until you arrive at the Todra Gorge near Tinghir (lunch will be spent in a restaurant and we will make a local trip to the gorge). Then we will continue to the Dades Gorge. Night in an hotel with Home stays (have an idea about the Berber traditions, its kitchen for example).

in the last day of your tour, departure to the Dades Gorge on our return trip to Marrakech, passing through Kelaat M’gouna, the city known as the route of a thousand kasbahs and the Valley of the Roses. In this area products are made from the Damascus Rose for health and beauty. We make a stop in the palm grove of Skoura to visit the Kasbah AMRIDILE and the city of Ouarzazate (visit film studios in Ouarzazate).We return via the high pass at Tizi n-Tichka to arrive Marrakech by the begining of the dark.